7th Dragon was a highlight in my game completion list for 2021. I gushed about it, at length, a few months ago. Honestly, the moment I finished 7th Dragon I wanted to fire up its sequel, but I have a bit of a policy about not binging RPG series after finishing the Breath of Fire and Fate projects. I take a little break between them so I go back in fresh. With 7th Dragon 2020, I feel like maybe that was unnecessary; 2020 is an entirely different game.

2020 was released on the Playstation Portable, meaning it lacked a second screen for a map and immediately lost the most cornerstone element of that Etrian Odyssey feel. Instead of using sprites, 2020 uses super deformed 3D models that look vaguely reminiscent of Funko pops. Okay not my favorite choice of aesthetic, but it grew on me over the course of the playthrough. 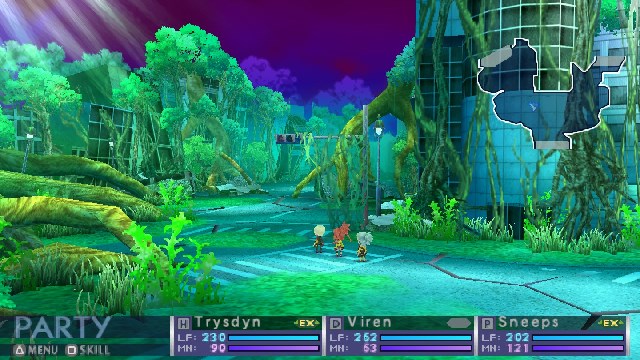 2020 also reduces the party size yet again, from four to three. As a result, the class selection is even more strange if you're expecting an Etrian experience. You have a selection of five classes, down from seven. All five classes are completely able to stand on their own, and the "Holy trinity" of protection, healing, and damage is completely gone. Every class can fill multiple roles without sacrificing anything, and the concept of a "Tank" has all but vanished. Destroyer gets some party wide damage mitigation, that's about it.

I ran a trio of a Hacker, Destroyer, and Psychic. The Hacker is pretty much a souped up Princess from 7th Dragon: you land a "Hacked" status effect on foes and then take control of them. The Destroyer is a monk that gains combo points on foes by attacking them, unleashing increasingly powerful moves as they go. Then the Psychic is a weird Mage/Priest hybrid who doesn't need to dedicate entirely to healing or damage to excel in both.

The other two jobs are the Trickster, who reads like a debuff maniac, and the Samurai who is pretty much a port-over from 7th Dragon. I don't know a ton about them since I stuck with my one trio the whole game.

With a smaller party size, build has become even more important. To reduce the likelihood of completely wedging yourself with bad builds, 7th Dragon 2020 drops the "One per level-up" skill point system and replaces it with a system where you farm skill points from encounters and spend them in bulk to level skills. This system starts off fairly tight, forcing you to think carefully about what to upgrade but by the end of the game you can pretty much have your entire arsenal maxed out. This kind of means builds homogenize at the end, but honestly I think that's fine. The wealth of skill points arriving when it does encourages experimentation at a time where, if your build is bad, you'll start having real trouble. It works well. 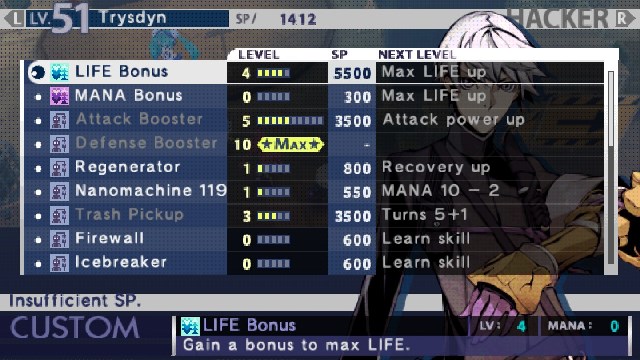 One of the biggest quality of life improvements comes from outside of character builds though. Instead of needing to cart around a bunch of healing items, 7th Dragon 2020 provides you with field skills. These are abilities that belong to the party as a whole, not any individual character, and can be invoked from the dungeon map. You get a healthy number of charges of each, and they can only be replenished by resting in base. These skills gives you perks such as heals, temporary encounter rate reduction, a small number of emergency resurrections, and the ability to warp back to base. It lets you just not sweat items almost at all, with the exception of having some backup consumables for combat. It's so cool and I wish every RPG did this now.

All in all, what sets 7th Dragon 2020 apart from its predecessor, though, is that it oozes style that's uniquely its own. Animations convey a certain personality and style to each class. Hackers are complete dinguses who cast spells by typing dramatically on keyboards, Psychics are cocky and cast spells with dramatic flourishes or aloof hand flicks, Destroyers are just angry and move with power and rage. You can select any character image to be any class and there's something for everyone in the selection; from scantily clad ladies to dapper older gentlemen in trench coats, and it's all a very uniquely "7th Dragon" style.

The music, too. 2020 probably has some of my favorite music in a game this year. For people who don't want just heavy metal for combat music, you can find Hatsune Miku in the world (yes, seriously) and enable a Vocaloid remix of the entire soundtrack. I didn't opt for this; I was paranoid the Twitch cops would kick my door down on copyright grounds. I did find her though! She hangs out in your base and has absolutely zero personality; but I think that's a branding requirement? I don't know.

As for plot, this one takes place on Earth, in 2020 (who would have guessed?). Dragons arrived and wrecked Tokyo in a surprise attack, but a mysterious woman named Natsume arrived, representing herself to be part of an ancient order dedicated to preparing for the dragon invasion. She ends up recruiting special talent (enter: you) to hunt the dragons and gains the trust of the Japanese government via being the only person effectively mounting a defense against the invasion.

Ties to the original game are light. A couple of characters reprise their roles, but it's left an open question if they're the same people or just a sort of Elder Scrolls-esque mantling of the concept of the character, like Cid from Final Fantasy.

Needless to say, it's not just Tokyo having problems. It's established rather early in canon that Europe is just gone and the United States is dealing with an invasion of their own. They do take a moment to call you up and send their prayers though (yes, literally). No help there. So it's you and your mysterious benefactor/commander against 200 dragons. Yeah, they stepped it back from 666. 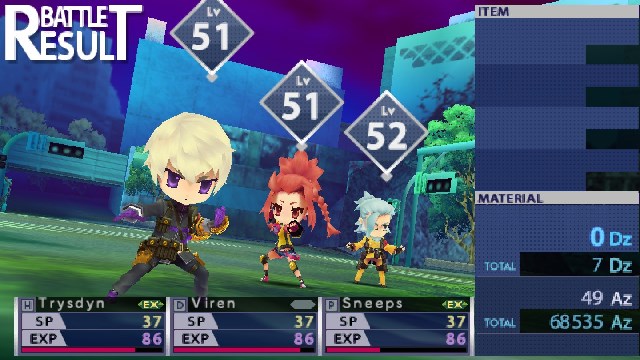 It's a good thing they did too. 200 feels right for a game like this. I didn't feel the utter burnout grind setting in around the half way mark on the counter like I did in the original 7th Dragon. In fact, 200 dragons to hunt flowed nicely. I had to go out of my way a few times to hunt dragons, but more or less it just happened as I played. Fortunately for me, since 7th Dragon 2020 doesn't fall victim to the mistake of its predecessor: 100% feels intended. If you don't you might run into some power issues later on.

With the way I played, everything felt pretty on point for difficulty curve with the exception of the chapter 3 boss. That took me about a dozen attempts and just felt like I had no kit to handle his mechanics. After downing him I went and grinded for about 30 minutes to shore up my levels, but it turned out to not be necessary. Chapter 4 was easy by comparison. It was just an odd difficulty blip.

There's more to it than just the dragons though. You also have to rebuild Tokyo City Hall into your base of operations and you have pretty free reign on what to prioritize as far as your support team getting resources (with some plot guardrails, of course), there's quests, and there's rescuing stranded civilians throughout the world for rewards. A lot to do! 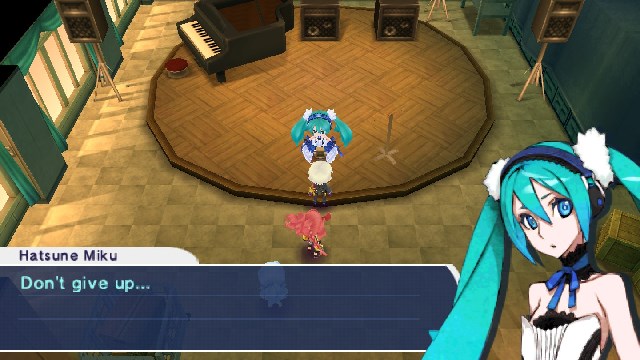 Like the original, nothing is permanently missable. You can't lock yourself out of 100%. You can, and will however, end up stuck with one dragon left in practically every area of the game until you find the one quest that takes you back there later. That was frustrating to experience, opening the fast travel menu and just seeing one dragon left in every area.

2020 also eschews an overworld. Honestly I think it's better for it. You instead just pick where to go from a menu. No overworld also means no need to go stomping on bloom all over creation. In fact, bloom in 2020 is completely and totally aesthetic only. It has no gameplay value and cannot be interacted with in any way. No pain tiles, no reward for stepping on every flower in the danged game. Phew!

The plot is a trip. Some of it's predictable, but the characters all have a life of their own and interact with each other and your team in a way that fosters a bond with them. The cast is endearing and interesting with varied personalities and moralities and ways to go about handling life after the invasion. You're given a lot of dialogue options that feel like they may be the framework of a morality system, but they're not. They don't matter really, sadly. All the better to just enjoy the ride, I guess.

You do have the option of dating practically all of the major plot NPCs near the end of the game though. Yes all of them. Yes, they all seem to swing you way. I thought that was cool. It's not a fully fleshed out dating sim or anything. Just anyone you've done all the sidequests for gives you their email address and you can invite them to a special romantic lounge to hang out. You get some cute or funny scenes. That's it.

Your reward for slaying all 200 dragons is, once again, a bonus dungeon. This one however ties up loose plot threads right from the get-go, making it feel more like an extension of the story than a bonus. I haven't finished it yet but I'm far more likely to than 7th Dragon's hell ride where I got murdered by a trash pack immediately upon entering.

The style established here in 7th Dragon 2020 becomes the core of the series going forward. 7th Dragon 2020-II and Code VFD both carry this style and general gameplay feel heavily. It's left me quite excited for 2020-II, but again, break time on this one for a month or three.